La Cooperativa Campesina de California’s Board of Directors are drawn from our member agencies and the wider community.

He has served CVOC in this role since January 2017, and has 15 years’ experience in different capacities with the non-profit agency.  Jorge brings 25 years’ experience working in public policy, education, community service and marketing, with a particular focus on improving the lives of farmworkers and dislocated workers in the Central Valley of California.

Prior to CVOC, Jorge worked in the private sector with employers such as Anheuser-Busch and the Save Mart Companies.  His unique career experiences have molded him into one of the Central Valley’s strongest leaders and advocates for workforce development, human services and education for those in need throughout California.

Jorge was born in Modesto, California and was raised by parents who emigrated from Mexico seeking a better opportunity for their family.  They made their way to the Central Valley of California and worked in the agricultural industry for over 4 decades.

Jorge has a passion for helping better the lives of farmworkers and people in need.  He knew early on that the best chance he had of being able to do that was to pursue a higher education.  He holds a BA in Marketing from Colorado State University and a BA in Sociology from California State University, Stanislaus.

Throughout his time with CVOC, Jorge has led initiatives at the local, state and national levels to protect funding and increase community services.  In addition to being the Executive Director at CVOC, Jorge stays busy serving on the board of directors for Madera County Workforce Investment, Merced County Workforce Investment, La Cooperativa Campesina de California, Western Alliance of Farmworker Advocates and the Association of Farmworker Opportunity Programs.

Jorge is married to the love of his life, Goretti, and has 2 beautiful children, Lucia & Andres.  He looks forward to passing onto his children his passion for helping others.

Hermelinda Sapien assumed leadership of the Center for Employment Training (CET) in 1999, approved unanimously by the board. A member of CET’s executive management team since 1967, her unmatched knowledge of the organization’s needs, partners, and operations ensure excellence and efficiency in the delivery of client services despite economic and cultural obstacles.

Throughout her time at CET, Ms. Sapien has led initiatives at the local, state, and national levels to protect funding and increase community outreach.

Prior to joining CET, Ms. Sapien collaborated with the Department of Labor to develop more opportunities for Latinos as part of the Manpower Development and Training Act of 1962.

Born in El Paso, Texas, Hermelinda, her parents, and eight siblings used to make the seasonal journey to Santa Clara County for employment in the fields. In the late 60’s, they decided to settle permanently. In 1992, they received Santa Clara County’s Family of the Year Award for their mutual contributions to improving quality of life.

In 1993, she received the county’s Human Relations Award, and has twice been nominated for the Women of Achievement Award. In 2001, she received the annual Portraits of Success Award from the Hispanic Development Corporation, recognizing her services to others and the community along with her personal achievements.

Hermelinda demonstrates her deep commitment to the community as a fellow of the American Leadership Forum of Silicon Valley, a board member of Latinas Contra Cancer, and a member of the Workforce Alliance and the Association of Farmworker Opportunities Programs. She is a graduate of Durham Business School and Stanford’s Executive Management Program.

Teresa Hitchcock currently serves as an Assistant County Administrator Officer for the County of Kern, overseeing the Division of Economic and Workforce Development of the County Administrative Office. This Division encompasses the Kern County Board of Trade and Employers’ Training Resource as well as, Policy and Economic Development for Kern County.

For the Board of Trade, Ms. Hitchcock is responsible for Kern County’s tourism marketing efforts, serves as the Kern County Film Commissioner, and is the grant administrator for the county’s tourism promotion grant program.  Tourism and filming generate more than $1 billion per year in economic impact for Kern County.

Prior to joining the County Administrative Office, Ms. Hitchcock was the Marketing and Analysis Manager for the Kern County Airports Department. While at the Department of Airports, Ms. Hitchcock was successful in recruiting new air service from Meadows Field Airport to Houston, Texas; Denver, Colorado; Salt Lake City, Utah; Sacramento, California; San Diego, California; and Guadalajara, Mexico.  While with the Airports Department, Ms. Hitchcock also worked to establish US Customs and to create a Foreign Trade Zone to serve multiple locations in Kern County.

A native of Oaxaca, Cándido came to the United States at the age of thirteen, attending Healdsburg High School in Sonoma County. After graduating from Sonoma State, he worked as a Spanish teacher at Santa Rosa Junior College and a community worker at the Dioceses of Santa Rosa.

In 1972, Cándido moved to the California Human Development Corporation, where he quickly worked his way up to management positions. When the CHDC began operations in Oregon in 1979, Cándido was selected to serve as Manager of the Farmworker Program, and added Washington to his jurisdiction in 1984. Cándido later returned to Santa Rosa as the CHDC’s Communications Officer and Vice President, holding these posts for more than 15 years.

In 2002, the President of Mexico appointed Cándido to the position of Unit Chief (Jefe de Unidad) of the Institute for Mexicans Abroad (Instituto de los Mexicanos en el Exterior, IME) under the Ministry of Foreign Affairs. As Unit Chief, Cándido oversaw IME in its mission to connect Mexican nationals to the tools that would enable them to successfully transition to life in the United States, fostering connections through programs such as Plazas Comunitarias, Ventanillas de Salud, IME-Becas, LAZOS, and Ventanillas Educativas.

Since his retirement from IME in 2013, Cándido has found more time for favorite pursuits. In addition to his service on the La Cooperativa Board of Directors, he enjoys film and digital photography, his collection of Spanish music, reading, and writing.

Professor Emeritus, from CSU-Sacramento, was born in Michoacán, Mexico, and arrived in Los Angeles at age 14. Like many immigrant students, he was initially placed in special education courses when he enrolled in high school. During summers he worked in the agricultural fields. In the 1960s, he became involved in the Chicano Movement, and later worked as a teacher, community organizer and an advocate for the Chicano community. From 1981- 2006, Dr. Rodriguez was on the faculty at CSU-Sacramento, where he developed programs to prepare bilingual school leaders.

He served as Chair of the Educational Leadership and Policy Studies Department, and Associate VP for Academic Affairs. He also served for over 10 years on the Woodland JUSD school board and for 10 years on the Yolo COE Board of Trustees and is currently serving a four year term.

Robert Castaneda has over twenty years of professional experience working in and for California government. His public service credentials include being appointed by both Democrat and Republican Governors, beginning in 1989 through 2000 serving in positions of communications, legislative affairs, and public purpose program management with the State’s Legalization Program Grant, ESL grants, low-income energy assistance and workforce development programs.

Chairman of the Low Income Oversight Board (LIOB) – California Public Utilities Commission – Senate Bill 2 from the Second Extraordinary Session (SBX2 2), the Legislature established the LIOB to advise the Commission on low-income electric and gas customer issues and to serve as a liaison for the Commission to low-income ratepayers and representatives. Moreover, SBX2 2 required specific activities, which would enable the LIOB to advise the Commission. Castaneda was appointed to the LIOB in 2014 as a voting member and now serves as its Chairman.

Advocates for Careers in Energy (ACE), Executive Director – ACE is a nonprofit dedicated to the proliferation of good jobs in the energy industry. To meet this challenge, ACE understands that much in the way of California energy legislation and policy are mandating economic opportunities targeting disadvantaged communities. ACE seeks to be of assistance with this effort. ACE is an advocate for both these communities and energy employers by providing a voice for progressive policy that delivers a responsible energy transition that contains economic opportunities reflecting a healthy community, economy and energy industry. ACE operates in both Sacramento and San Francisco dialoguing with legislative leaders, the Governor’s Office and relative state agencies. ACE is made up of both energy employers and workforce, training and education services agencies that understand both the fulfillment process and how to effectively advocate for the aforementioned mission.

Additional Professional Background in Energy – From 1998 to 2000, Castaneda was appointed to the State Department of Community Services and Development (CSD) where he worked directly with the California Public Utilities Commission as the Chairman of the CPUC’s Energy Education Trust, a $13-million-dollar fund to educate low-income consumers about changes in the energy industry. His duties at CSD included working with a statewide network of energy service providers providing both weatherization services and rate assistance to low-income communities across California.

Castaneda is committed to ensuring that all residents of California have the same opportunities for work and prosperity and he will continue to be part of the agenda, both public and private, to see that goal realized.

With over 40 years of experience and a Master of Science in Public Health (Policy and Administration) and Bachelor of Business Administration (Finance), California Human Development Corporation is led by Thomas Stuebner. Thomas began his career in health and human services as a Peace Corps volunteer working with underserved communities in Nepal. He went on to lead international health and community development programs and consulted for non-profits and governments nationally and internationally. In addition to his expertise in health and human services, Thomas brings a systems approach to organizational and program development via strategic planning, financing, training, public/private partnerships, and evaluation. He has worked in over 20 countries and 20 states and calls the Bay Area home. 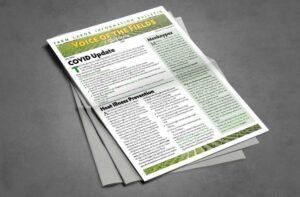 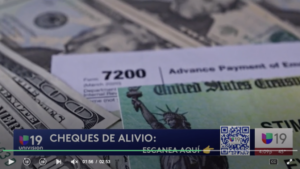 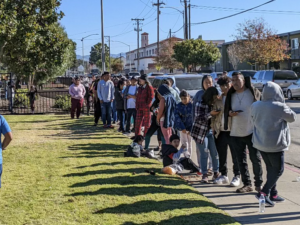